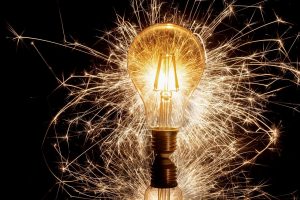 The behavior of light can tell scientists several things. Like for example, making sure the sugar is not transparent. That’s because the light that penetrates it is scattered, altered and deflected in a very complicated way.

However, a research team from TU Wien in Vienna and the University of Utrecht in the Netherlands managed to show that there is a class of very special light waves that this normal behavior does not apply to. In this class, bespoke light beams can be created and are practically unaltered by the medium they pass through, just attenuated. The beam of light penetrates into the middle and a light pattern arrives on the other side with the same shape, as if the middle were not there.

These types of scatter-invariant light modes can be used to specifically examine the interior of objects.

Waves on the surface of water can have an infinite number of different shapes. Just like light waves, they can also be made in many different ways. “Each of these light wave patterns is altered and deflected in a very specific way when you send it through a cluttered medium,” explained Professor Stefan Rotter, from the Institute of Theoretical Physics at TU Wien.

Stefan and his team are developing mathematical methods to be able to describe the effects of light scattering . “As a light scattering medium, we use a layer of zinc oxide, an opaque white powder of completely randomly arranged nanoparticles,” explained Allard Mosk, head of the experimental research group.

“As we have been able to show, there is a very special class of light waves, called scattering invariant light modes, which produce exactly the same wave pattern in the detector, regardless of whether the light wave was sent only through the air or if it had to penetrate the complicated zinc oxide layer,” said Rotter.

“In the experiment, we see that zinc oxide doesn’t really change the shape of these light waves at all. They are a little weaker in general”, highlighted Mosk. 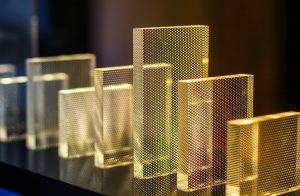 “This way, at least within certain limits, you have a lot of freedom to choose which image you want to send through the object without interference. For the experiment, we chose a constellation as an example: the Big Dipper. And, in fact, it was possible to determine an invariant wave that sends an image of Ursa Major to the detector, regardless of whether the light wave is scattered through the zinc oxide layer or not. For the detector, the light beam looks almost the same in both cases,” said Jeroen Bosch, who worked on the experiment as a doctoral student.

This method of finding light patterns that penetrate a large, undisturbed object can also be used for imaging procedures.

“In hospitals, X-rays are used to look inside the body. They have a shorter wavelength and therefore can penetrate our skin. But how a wave of light penetrates an object depends not only on the wavelength, but also on the waveform. If you want to focus light into an object at certain points, then our method opens up completely new possibilities. We were able to show that, using our approach, the distribution of light within the zinc oxide layer can also be specifically controlled,” concluded Matthias Kühmayer, who works as a doctoral student in computer simulations of wave propagation.